Have you ever heard anything about mid-century modern style in interior design? Even if you don’t, that’s OK. As its names suggests, this style was the height of fashion in 1950s-1960s. And in terms of contents it represented a peculiar mixture of practical American style with abstractionism and pop-art inclusions. Today we’ll have a virtual tour over an apartment designed in this very style for a family couple with two daughters aged 4 and 8. 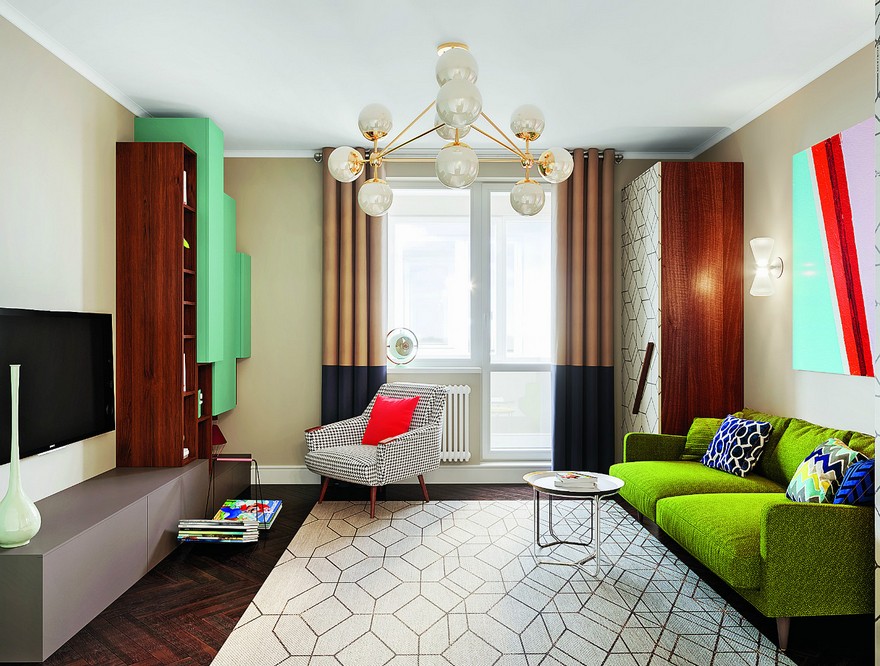 And we suggest that we begin our journey from the living room. Mid-century modern style is characterized by the presence of furniture with slim legs, light grayish beige walls and brass lamp trimmings. As for the upholstery fabrics, rugs and doors of cabinets, they’re as a rule decorated with geometrical patterns. In this apartment the living room features all of the above-mentioned essentials. 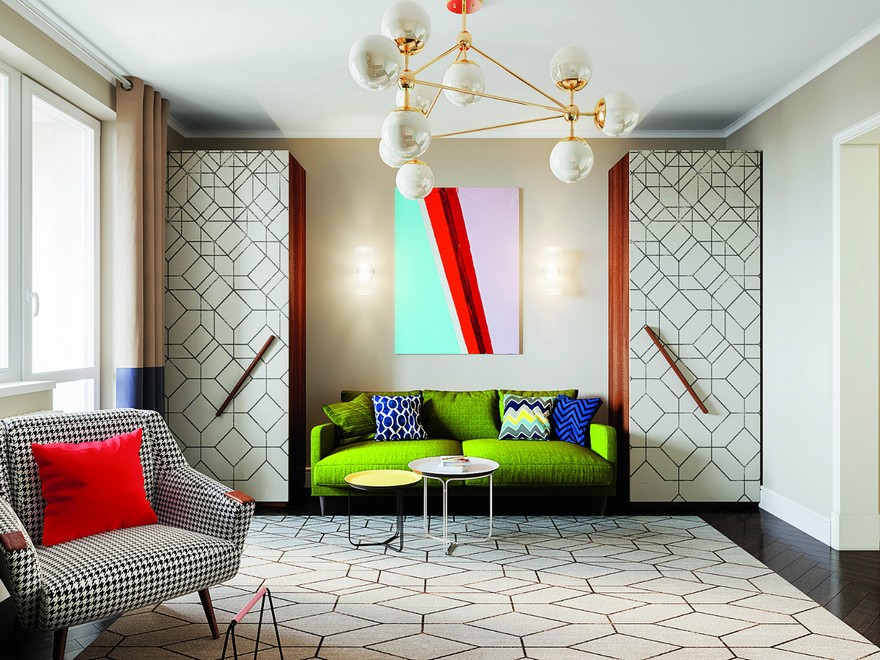 The kitchen also has a few non-standard details: cupboards located symmetrically on both sides of the sofa, herringbone pattern of parquetry and suspended base cabinets. By the way, free-standing arrangement of furniture pieces is also a distinctive feature of mid-century modern style. For the sake of a bigger worktop the refrigerator was put apart from the kitchen set. At the same time, it must be mentioned that such a solution goes against the concept of a comfortable kitchen work triangle. 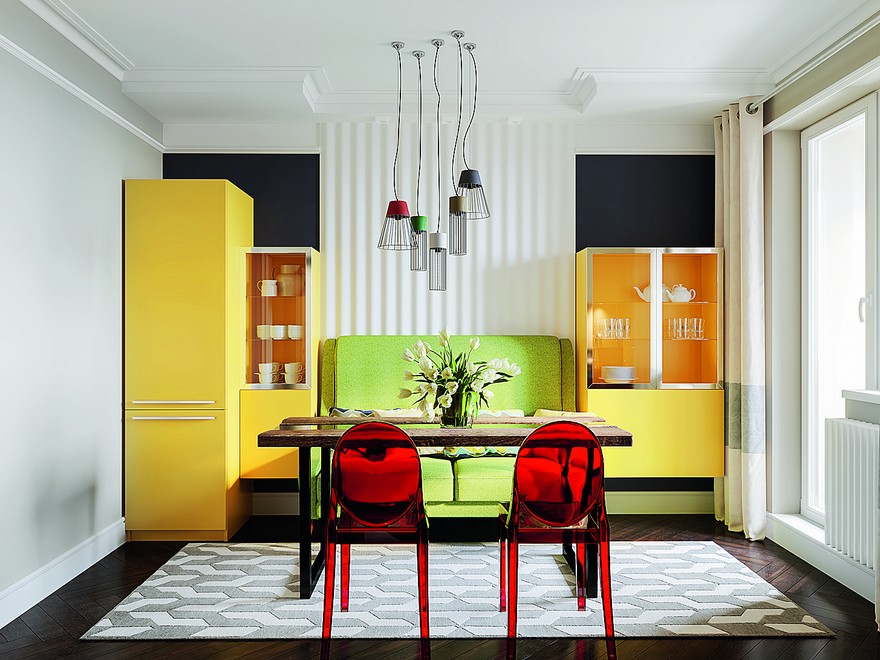 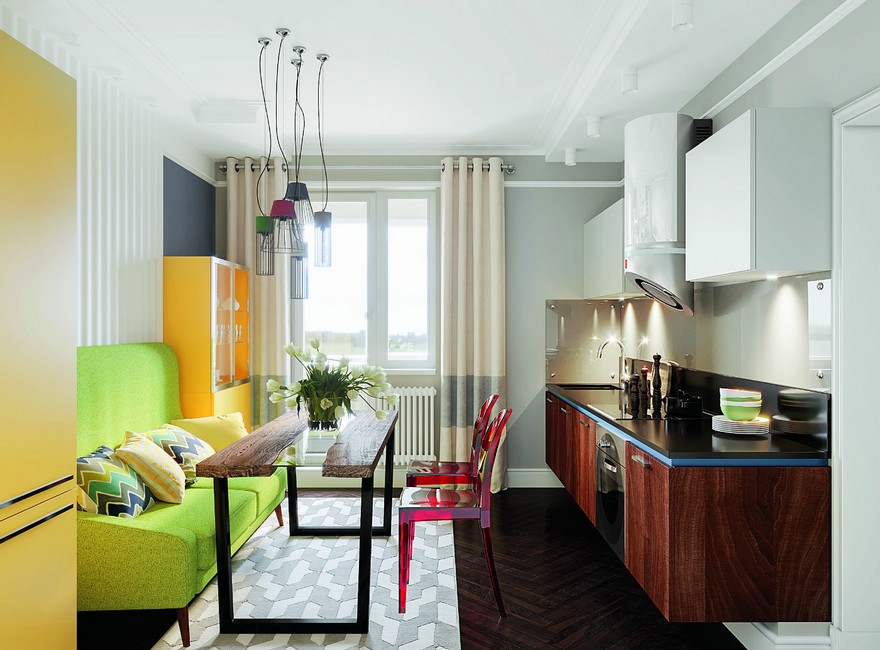 The kids’ room is traditionally divided into three functional zones: sleeping, study and play. The first one features a bunk bed with a couple of roomy drawers beneath. The play zone is picked out by a hanging bubble chair. And by the window arranged is a long double desk in style of 1950s and a roomy cabinet for books. 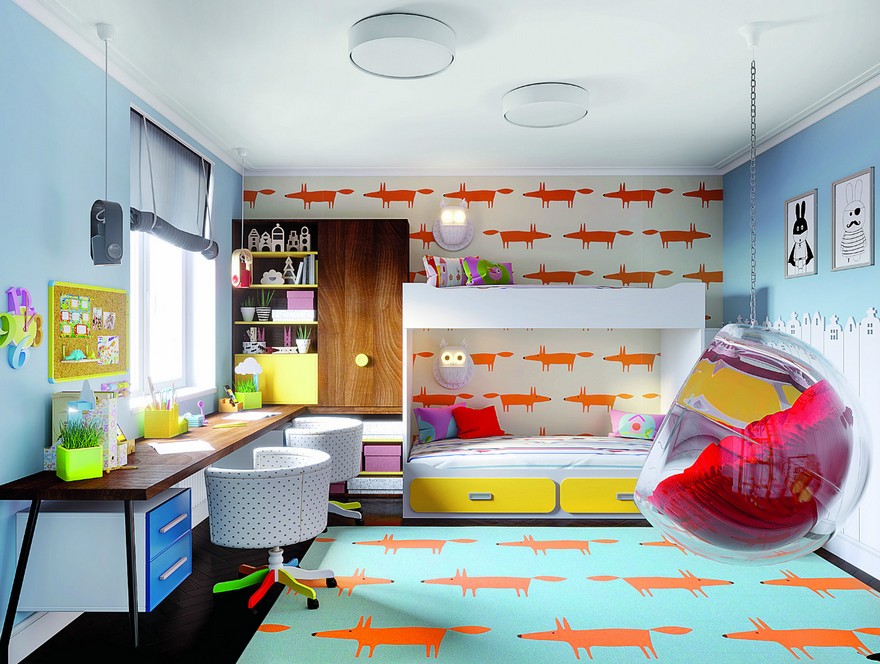 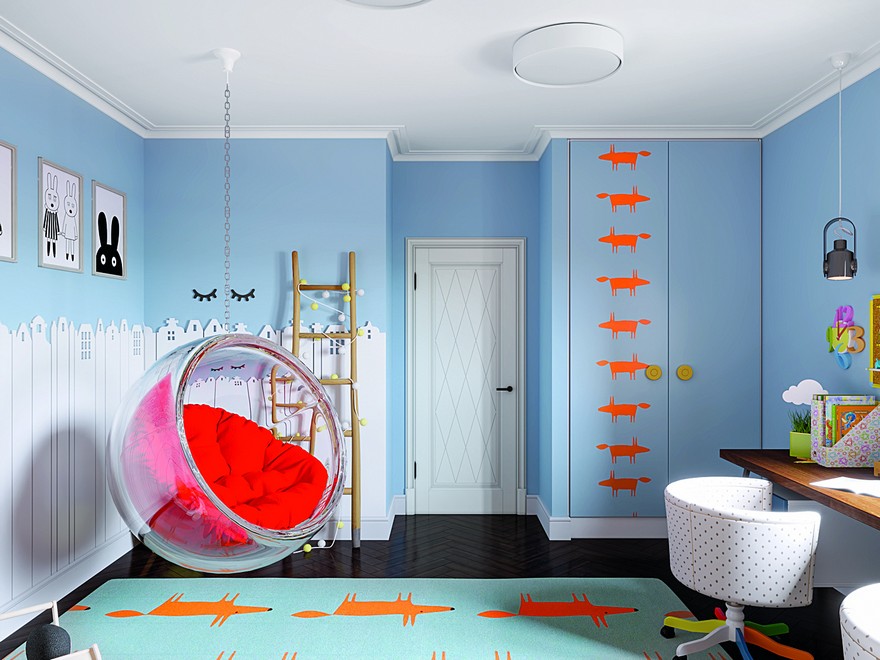 But this room is not without weaknesses. Firstly, it is highly likely that it will be too muggy to sleep on the upper level of the bunk bed. Secondly, suspended arm-chairs should be put in rooms with bigger area. And thirdly, chances are that a compact built-in closet and two drawers beneath the bed wouldn’t be enough for storage.

The bedroom is furnished with an upholstered bed framed by two tall narrow closets. The latter are designed with mid-century modern motifs in mind: herringbone pattern, diagonal handles and bright yellow color. The wall opposite the bed is furnished in a multifunctional way: a dressing table and wall-mounted cabinets are united by a common countertop, which makes this part of the room harmonious and integral. 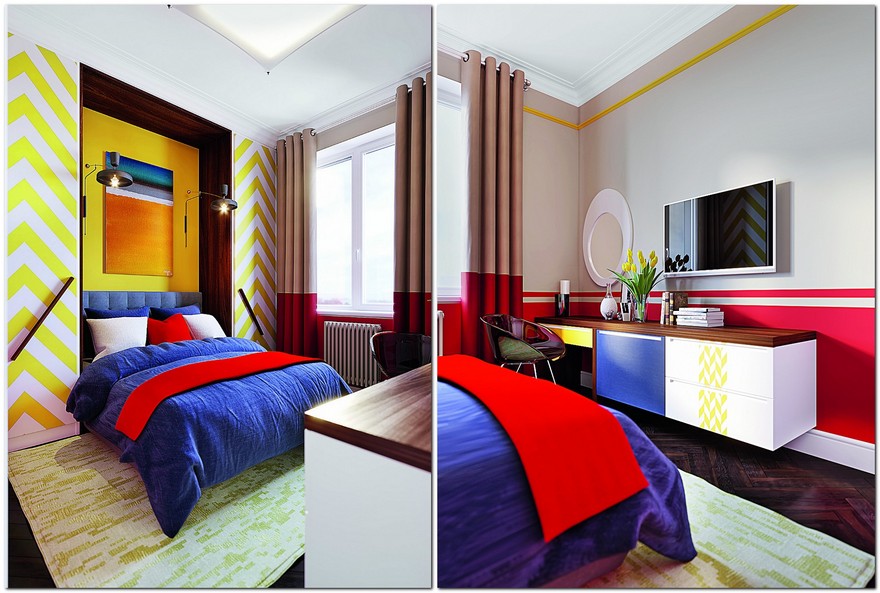 In the bathroom the bathtub is put along the shorter wall, while the longer one features a wash basin and a washing machine covered with a common quartz countertop. 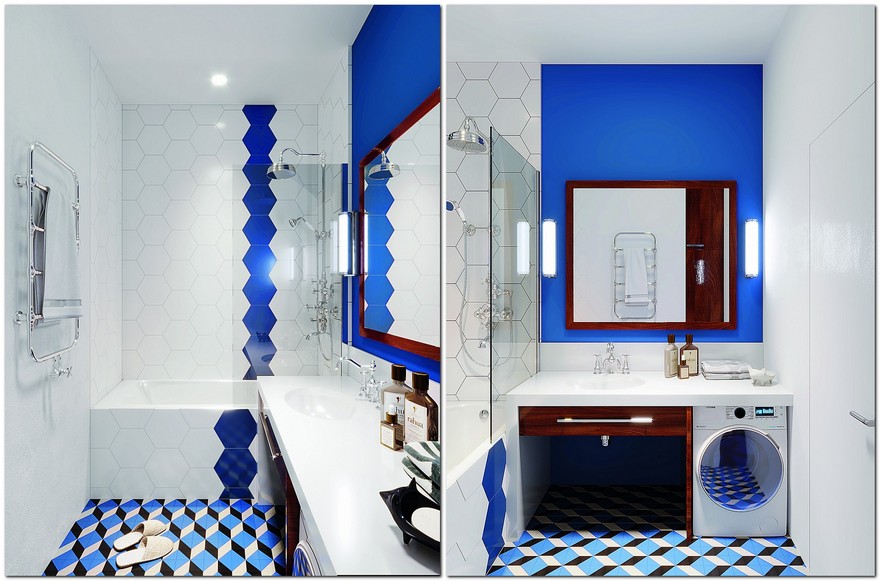