Small Re-Planned Apartment for a Typical IT Specialist

This apartment interior design was created by a team of qualified designers for a young IT specialist and his wife. The process started from total re-planning of the layout. The point is that this full-fledged two-room apartment was actually one-room initially, but with a big total area. So, for a start the former kitchen was turned into a bedroom, and the rest of the space became an open-concept living room, kitchen and dining room. Let’s have a closer look at the details! 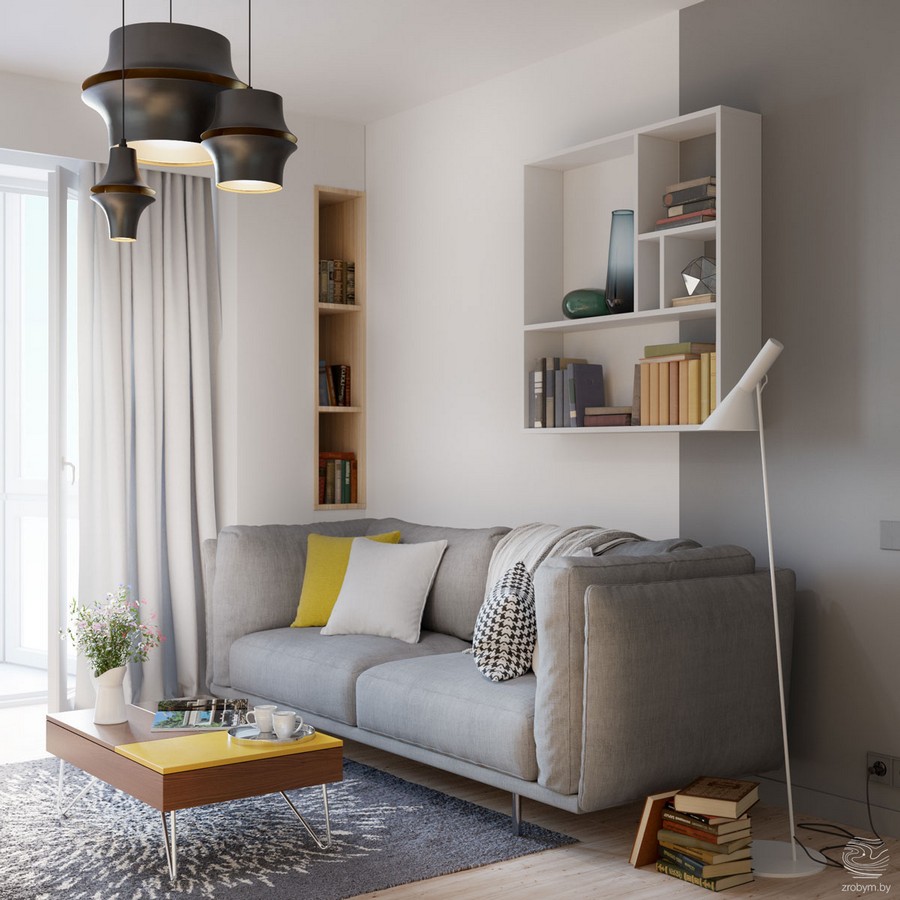 The client and his spouse are keen on cycling. For them bicycles are something more than just vehicles, and hence the designers had to pay special attention to the issue of their storage. A couple of wall-mounted racks solved the problem, and now bicycles have become kind of a wall décor piece between the entry room and the living room, which is both practical and decorative. 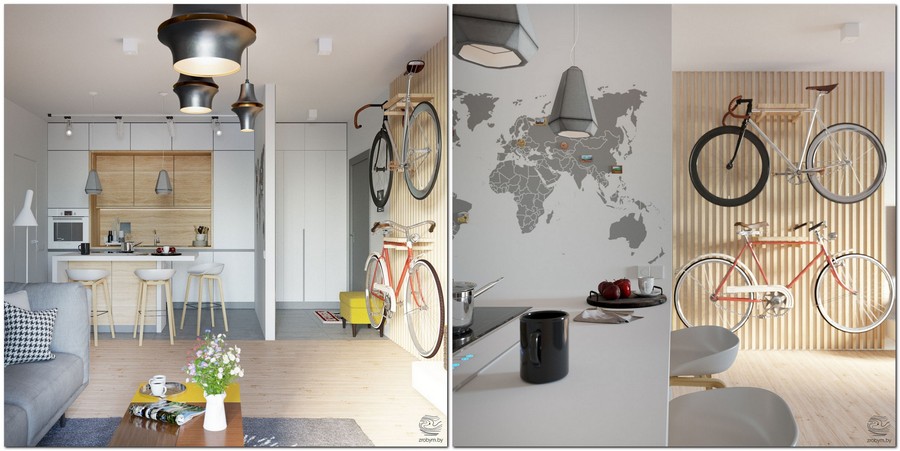 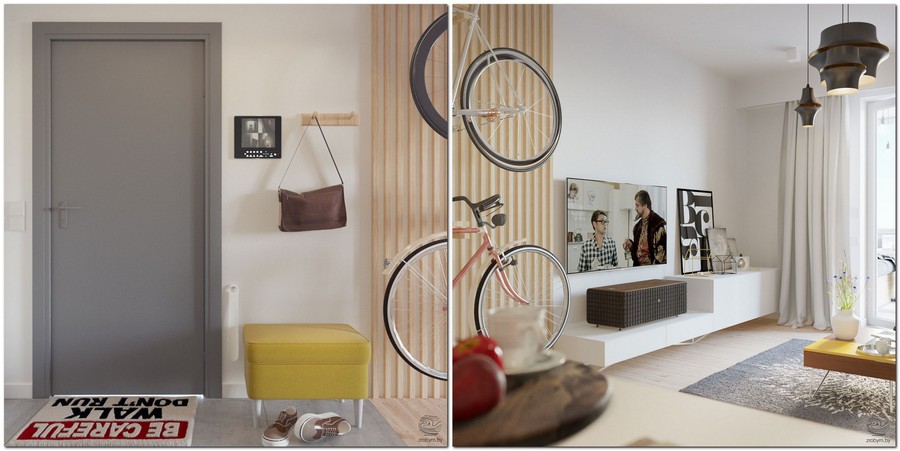 The kitchen features a kitchen island with a cooker and a downdraft hood that extracts odors by rising perpendicular to the countertop when you push the button. It works in a recirculation mode via special filters and doesn’t have to be ducted out. When not in use, it can be hidden away by pushing the button again. This appears to be a very space-saving solution, especially considering that the island plays the role of a dining table at the same time. Tall bar stools perfectly complement it. The preparation area is dressed up by a magnetic wall with the world map that reminds the masters of their travels and inspires them for further journeys. 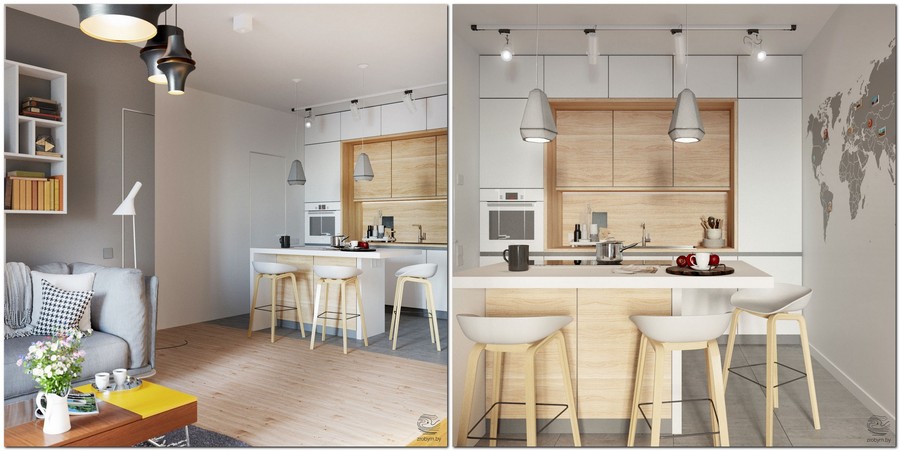 Big windows and doors leading to the loggia let in plenty of natural light. Arranged here is a small cozy nook with a work zone. The centerpiece of this area is a concrete wall with special “pockets” for planting indoor flowers. This piece of art was custom-made with an incorporated automatic watering system inside. 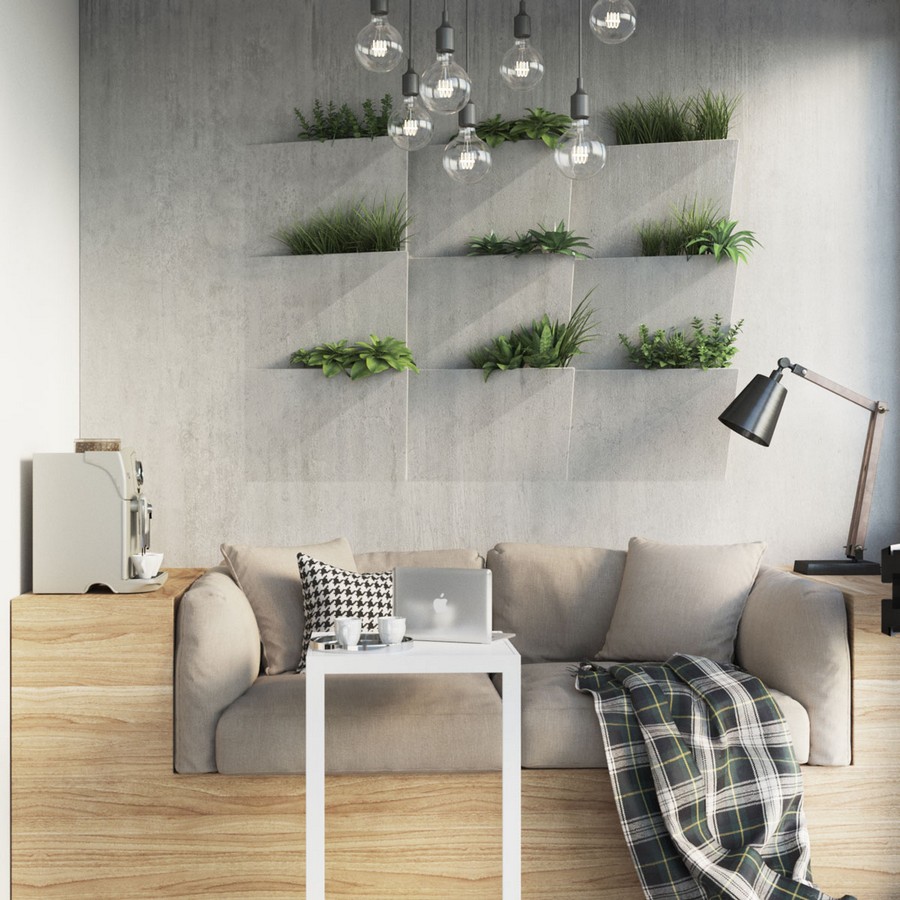 In the bedroom the headboard zone is finished with the same laminate that was used on the floor. This trick makes this pretty tight space appear bigger. The bed is made by IKEA, and this is, by the way, the only piece of furniture that wasn’t custom-designed and made. With space-saving in mind the wardrobe was equipped with a folding door, and a countertop by the window was made long to play the role of a desk and a dressing table at the same time. 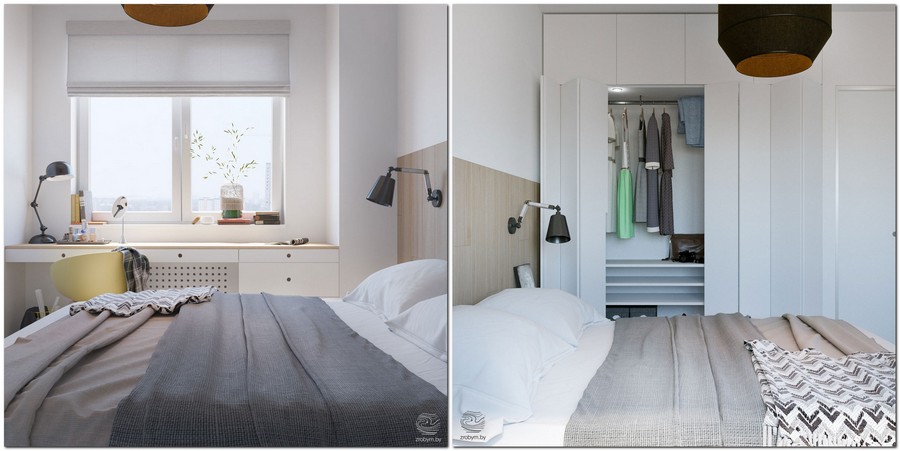 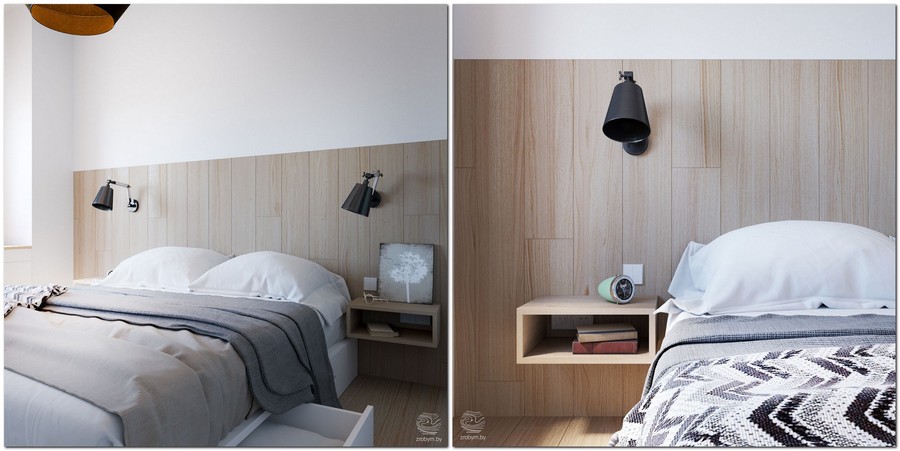 The bathroom ceiling is decorated with wood strips, and the water pipe is utilized as a curtain rod and a base for suspended trendy loft-style bulbs with exposed wires. 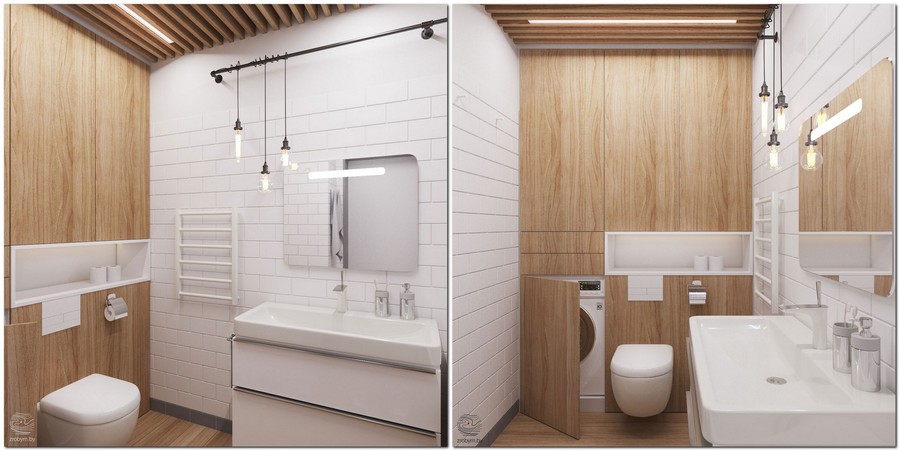 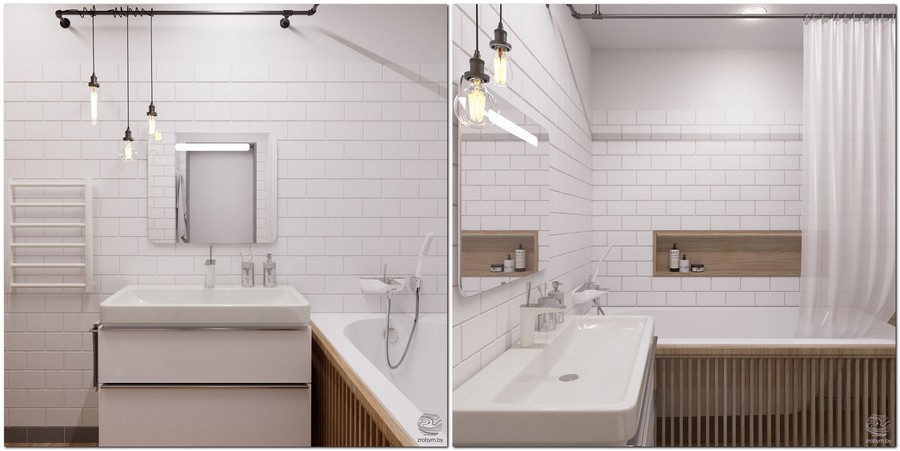