The initial plan of Eugene and Irene, the hosts of this studio apartment, was to find a flat in the heart of St. Petersburg with a quiet backyard for themselves, but over time they started to rent it out. The apartment is located in a historical three-storey building, right opposite the Saint Petersburg Stieglitz State Academy of Art and Design – a building with gorgeous architecture and history. 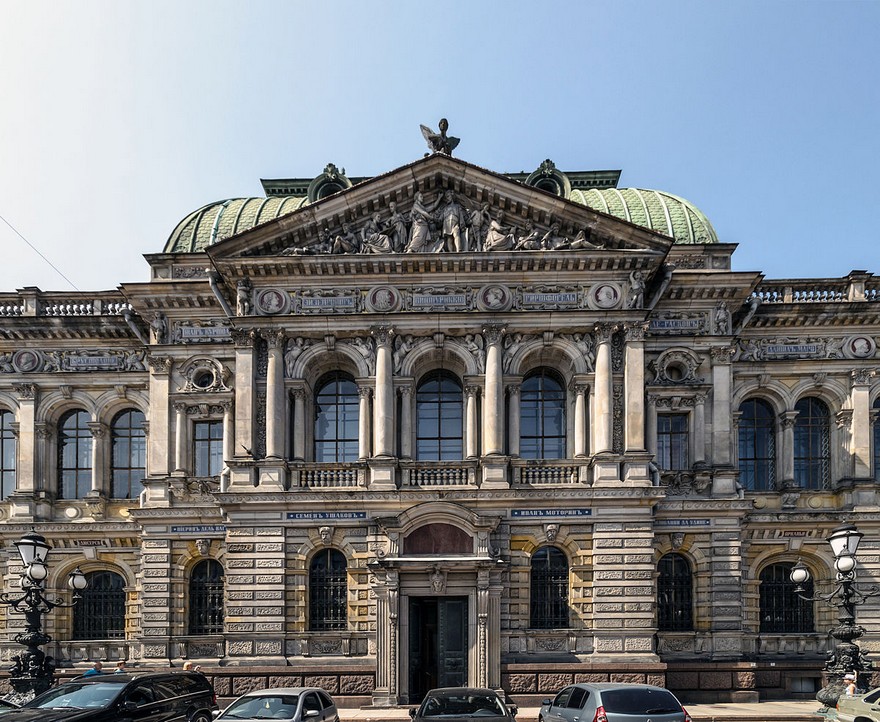 The house of our today’s heroes was built back in 1844 and has been re-built several times since then; and the address has a nickname “The Pushkin’s House”. According to some sources, in the autumn of 1799 the grandmother of the future world famous poet rented an apartment in the house, which stood at this place before. So, there’s a great chance that Alexander Pushkin spent his first months here. 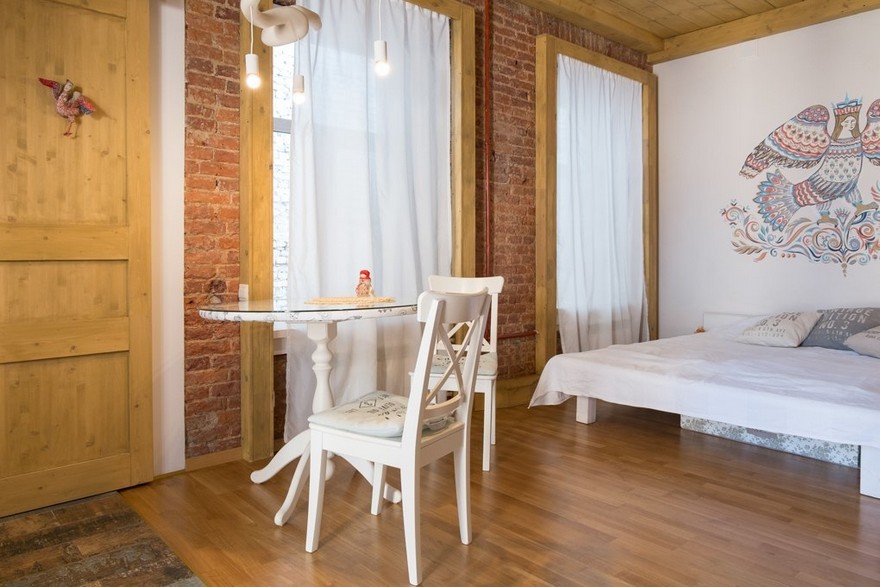 The renovation was completed in 2015, after about a year of construction works. According to the masters, they got this place in the state of a “blank canvas”. Essentially, there were just empty brick walls, but they fell in love with them at first sight. The ex-owners demolished all the walls and pipes, there was even no floor – just wooden overlapping. The size, shape and condition of the space suggest the idea of creating a studio apartment here. A big deal of construction works were undertaken by Eugene: he took on the burden of all electric, piping and ceiling jobs. 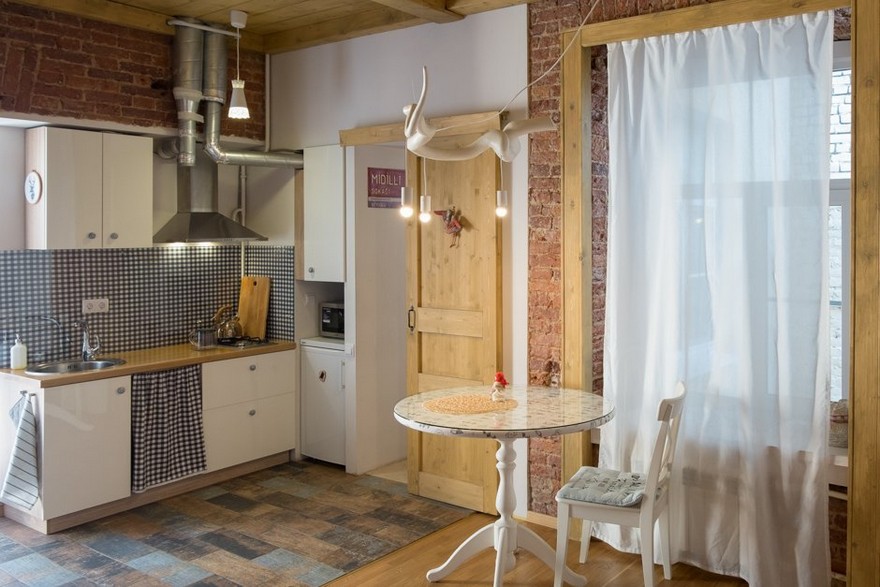 The brick walls in the flat are historical – they date back 1859 and the masters did their best to preserve them. The original ceiling was plastered and decorated with moldings, but was heavily destroyed. There was no money on its restoration, and it was determined to finish it with wood. Eugene did that by himself and then coated pinewood boards with lacquer. 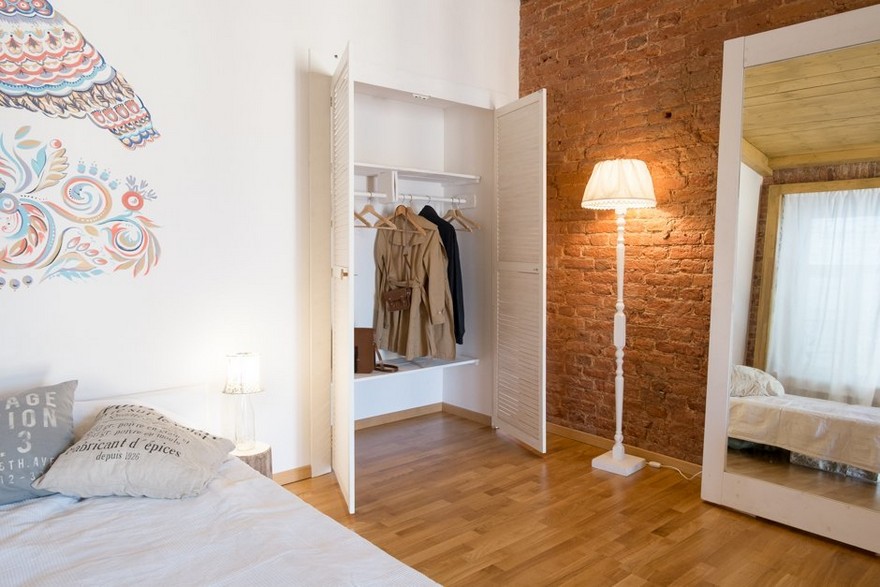 Wooden ceiling and a genuine brick wall were the two elements which pre-determined the future style of the interior. The second motif that set the mood of the space was a Gamayun painted on the wall – an image of a prophetic bird from Slavic folklore. This mythical symbol is the favorite hero of the hostess, and was quite ironically painted by the graduate of the Stieglitz Academy located across the road. 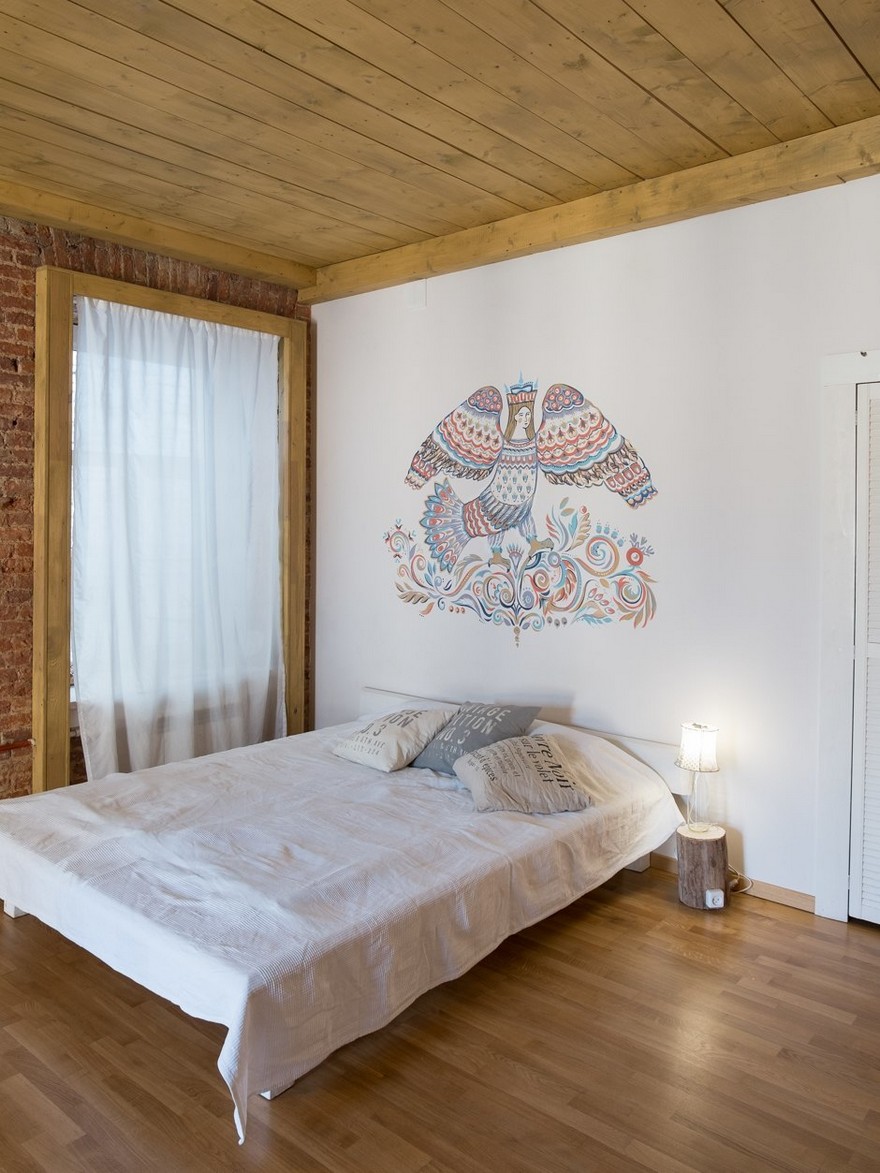 When the paradise bird appeared on the wall, the general concept started to emerge more and more clearly: the studio was “calling for” folk motifs. That’s how there appeared curtains and napkins embroidered by the hostess, a coat rack and shoe bench shaped like a stove and other sweet details. 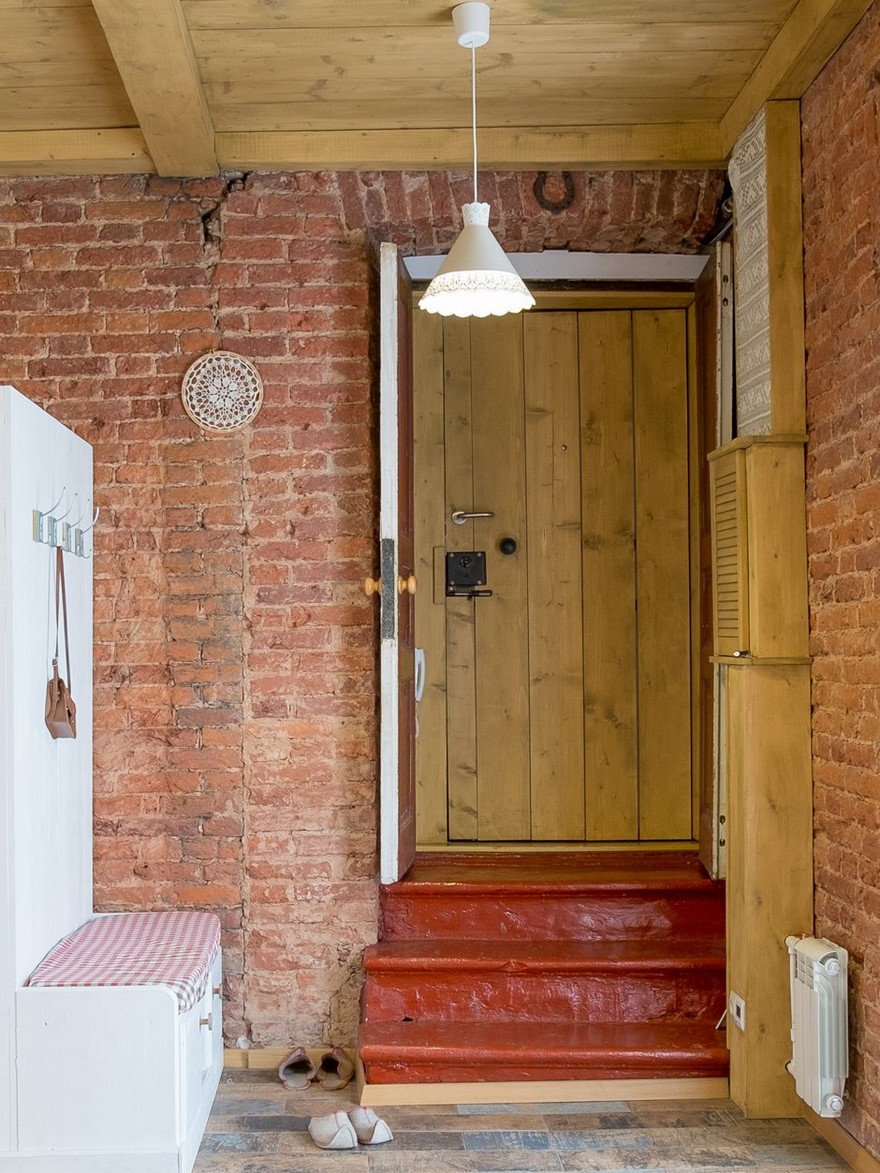 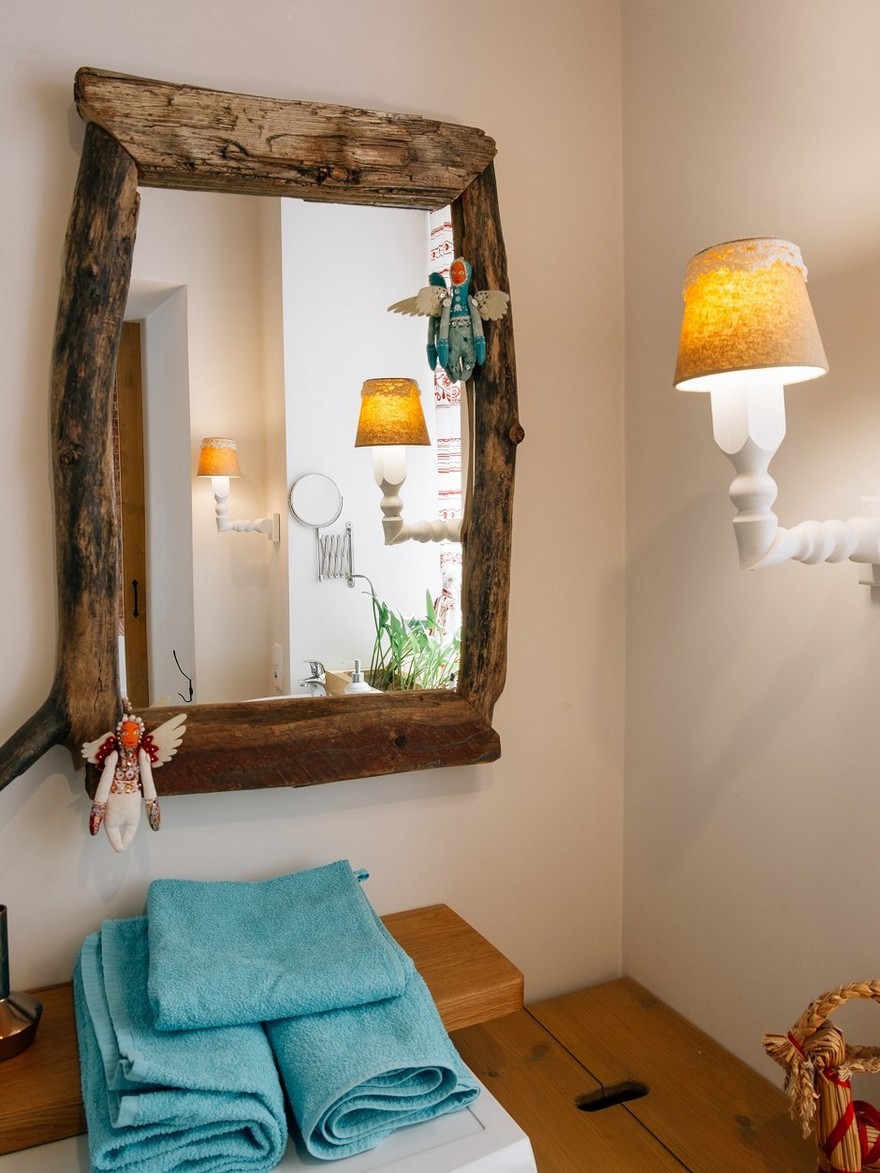 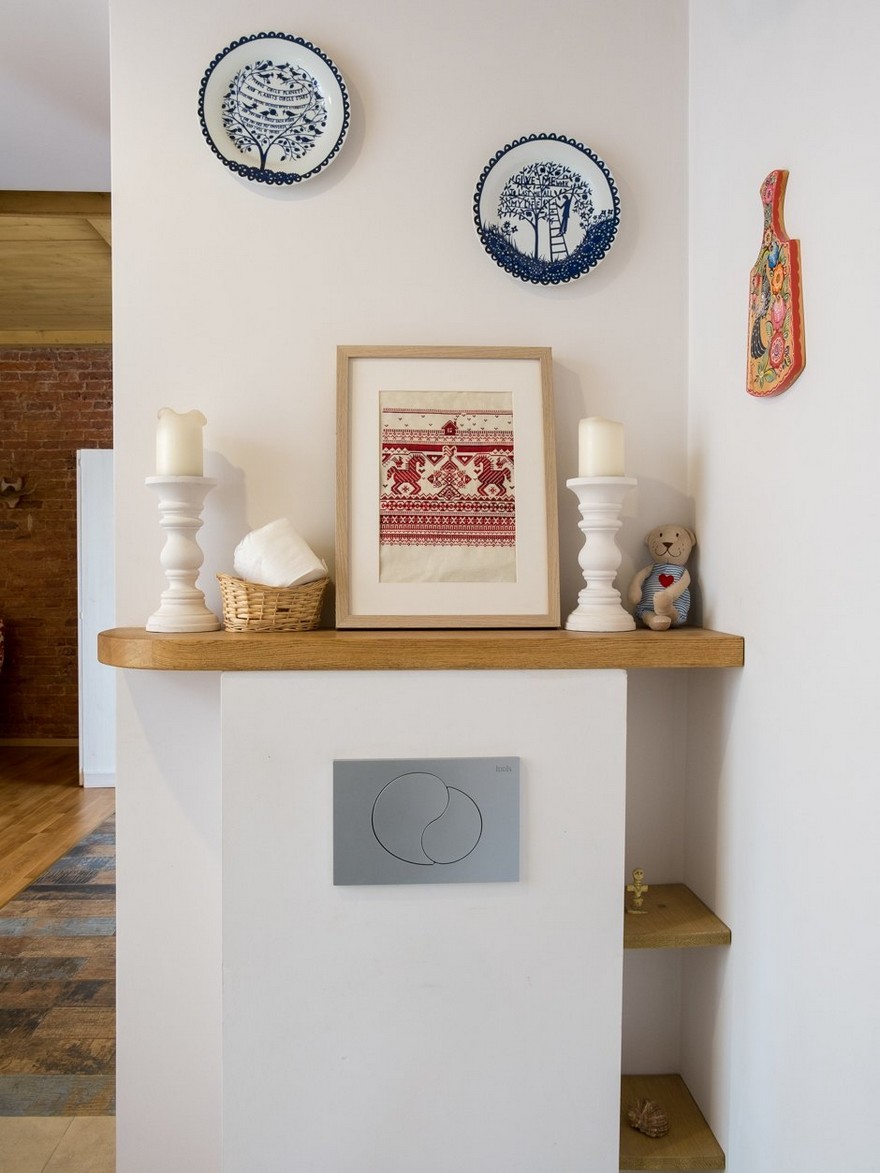 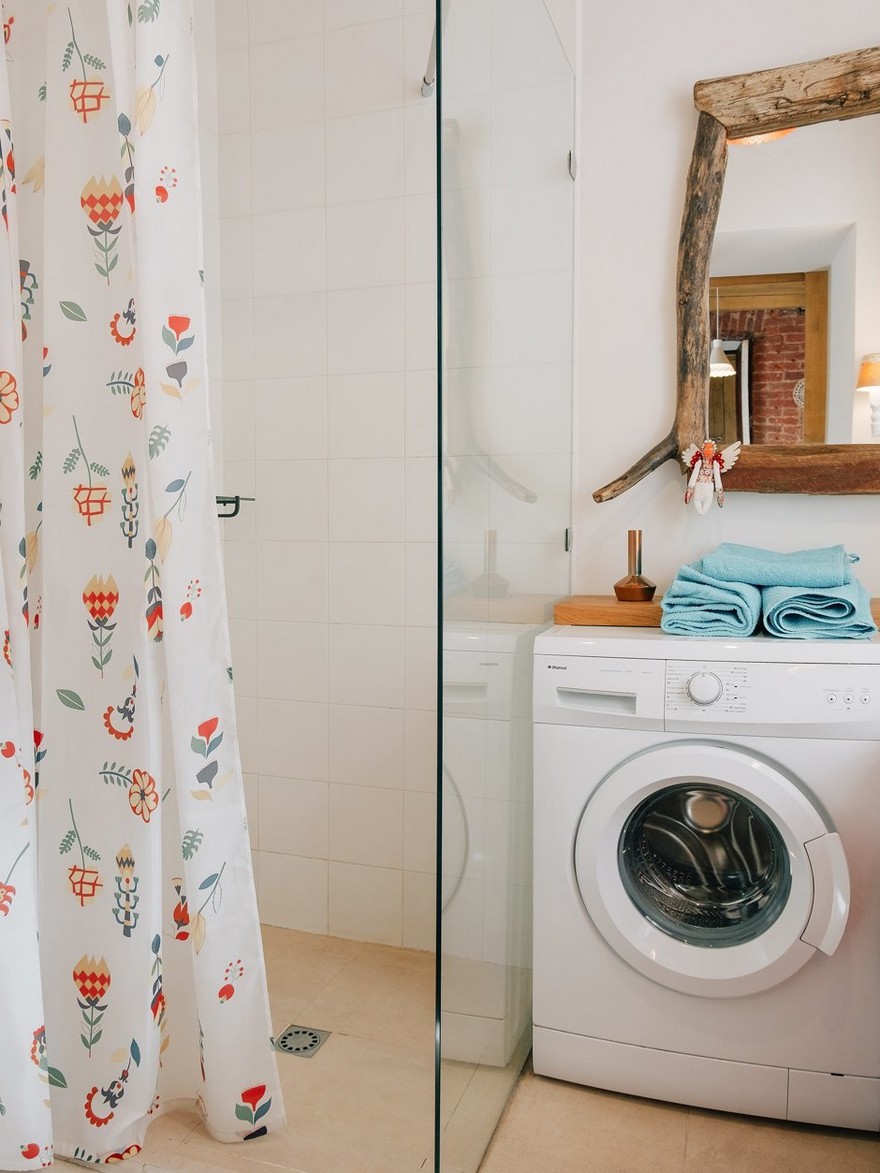 Most of the pieces of furniture were hand-made by Eugene, including a bed, a wardrobe and even a kitchen set. Also, it was he who created a decorative branch-shaped lamp above the dining table, a floor lamp and bathroom lights. Together the masters restored an old arm-chair from their country house. 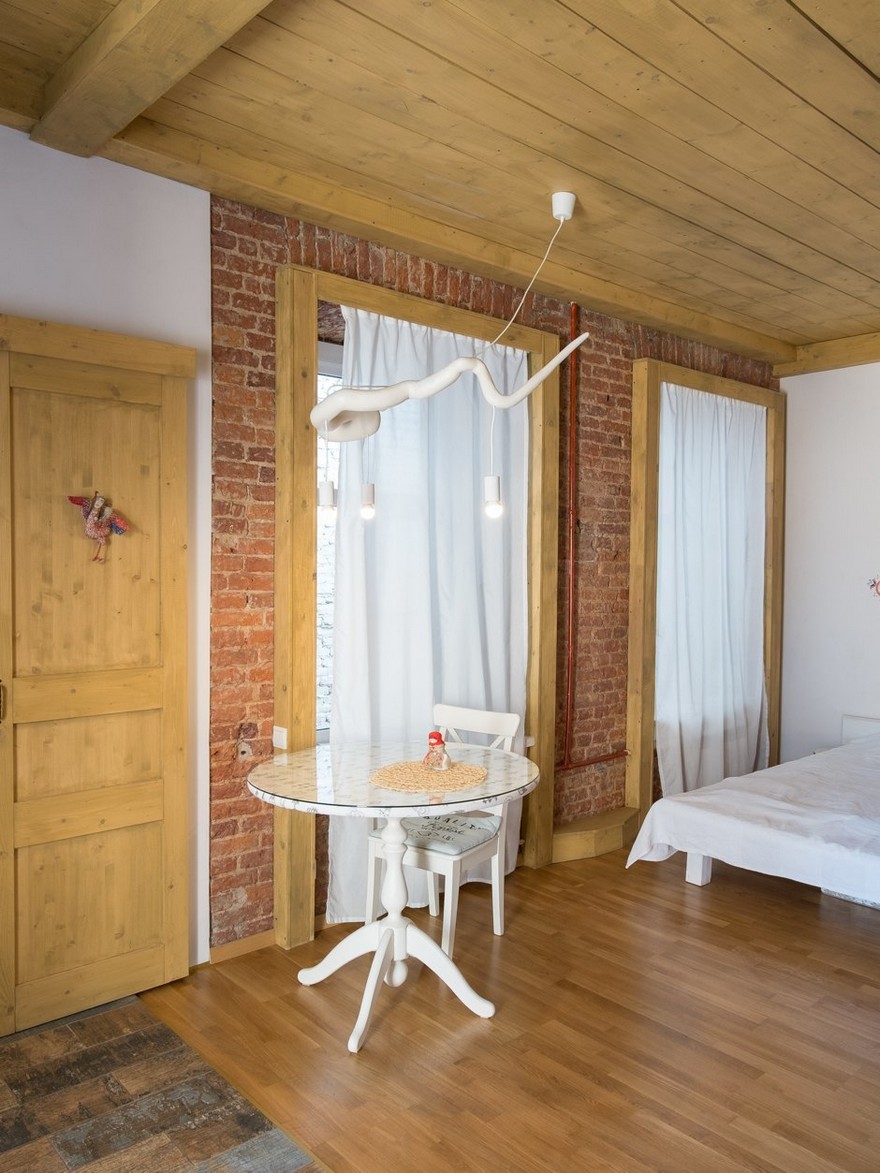 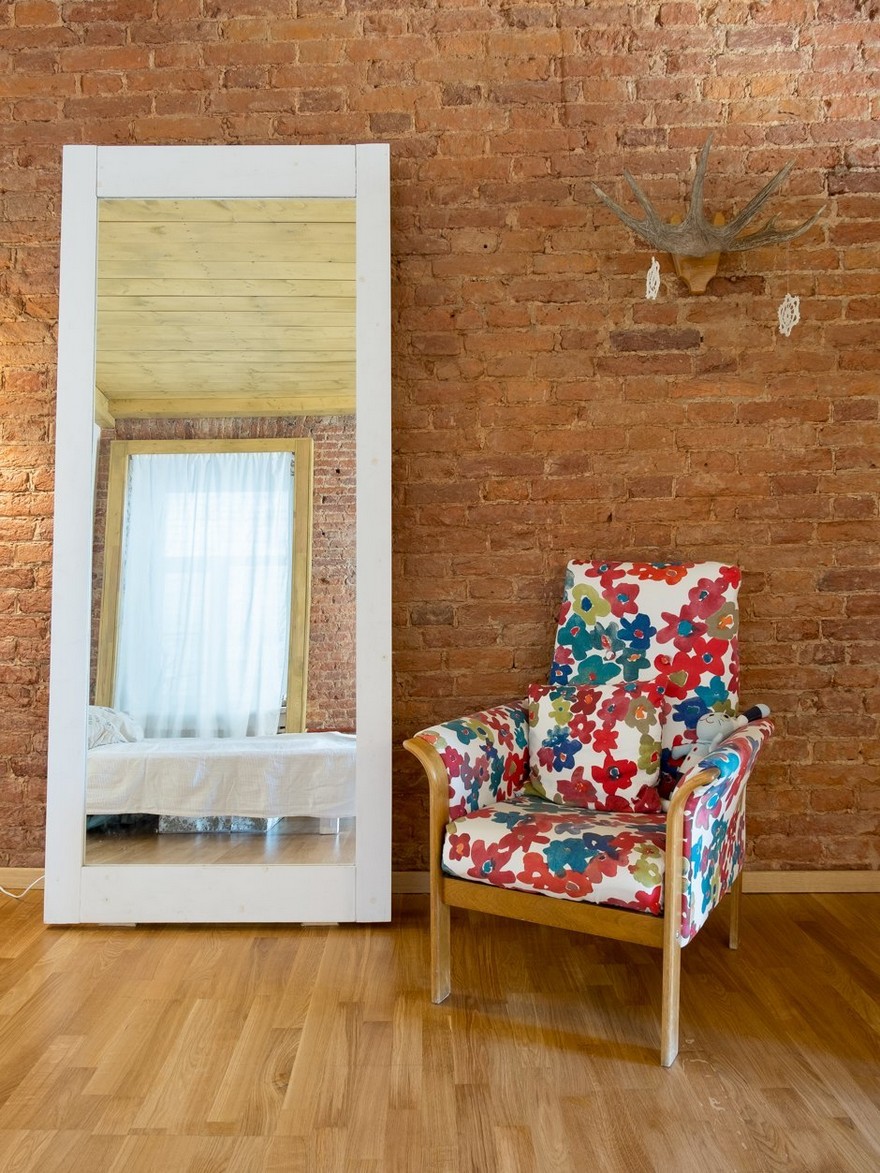 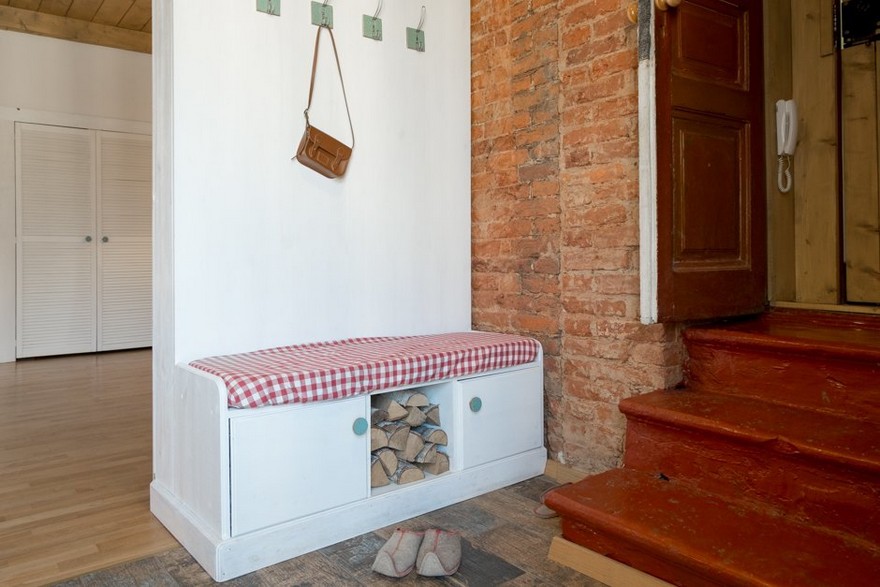 One more great feature of this studio is plenty of daylight: it has three windows overlooking two sides of the building, including a full-fledged window in the bathroom. Irene and Eugene wanted to have much open space and they surely did that: the studio really looks bigger than it really is. 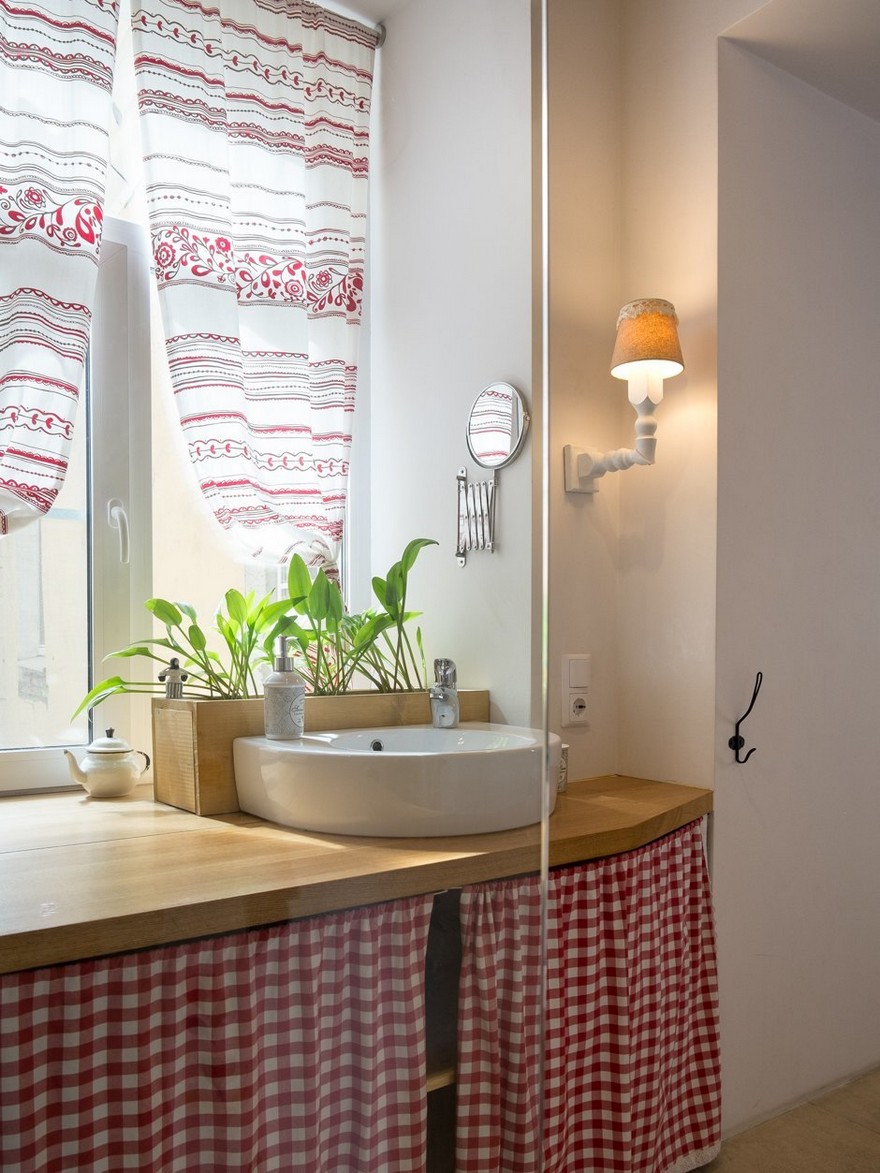