Hey! A Lovely Tiny Space: a Couple and a Cat, Double Happiness

What is happiness? This question has been inspiring the greatest minds for thousands of years already. But the young family from the Sanchong District of New Taipei City, Taiwan, seem to have found the answer! Living in one of the most densely populated neighborhoods in Taiwan, they believe that happiness has to be found in such seemingly trivial things as spending time with your beloved, having a cat rubbing against your ankles and sipping hot tea at home during the weekend. So, it was not in the least surprising that this sweet homely couple wanted their little apartment to be as homey and cozy as possible. At the same time, they keep the future baby in mind, and functional aspects had to be considered as well. 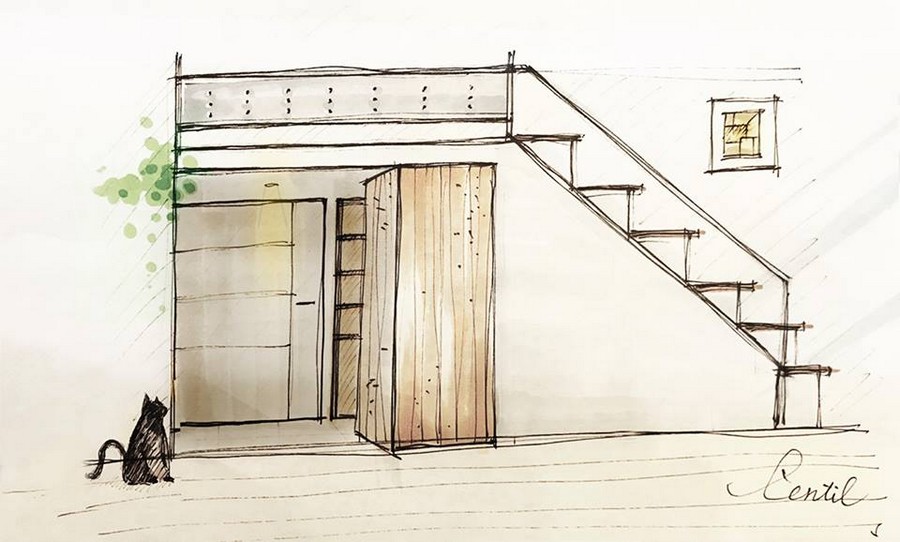 The designer from A’Lentil Design they hired to make their dreams come true was pretty impressed with what she saw in their flat. And it’s not because it was good initially, but because it had huge potential. Big panoramic windows letting much natural light in, high ceilings and several wall recesses that allowed for creating integral and tidy built-in pieces of furniture. On the other hand, there were too many walls and angles, and the limited space was split into even tinier spaces, which made it appear smaller and duller than it really was. 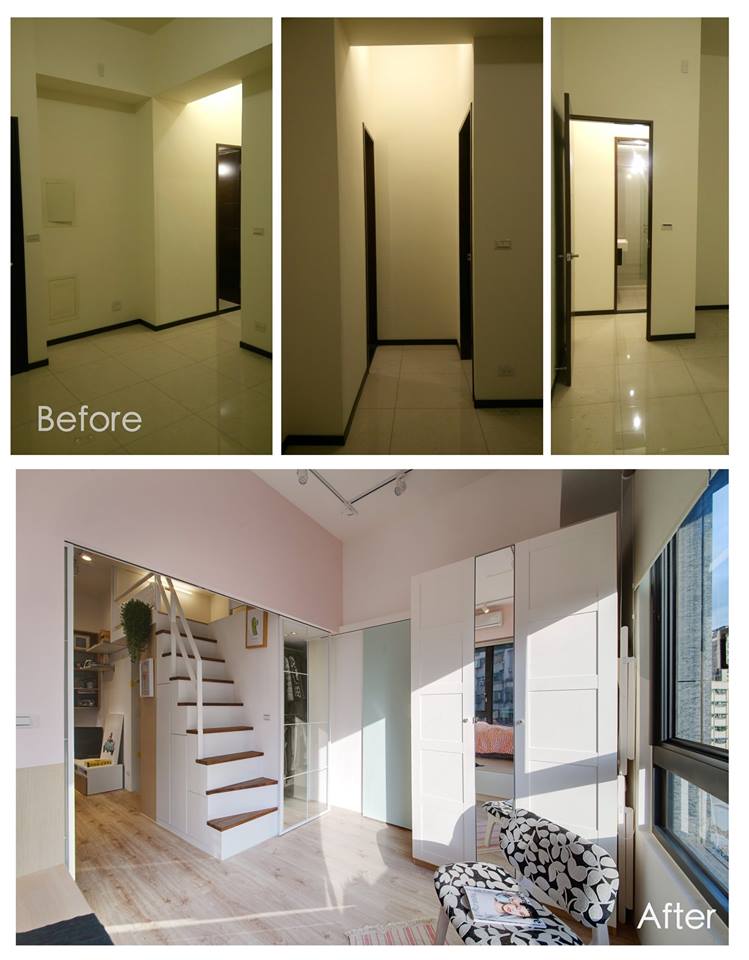 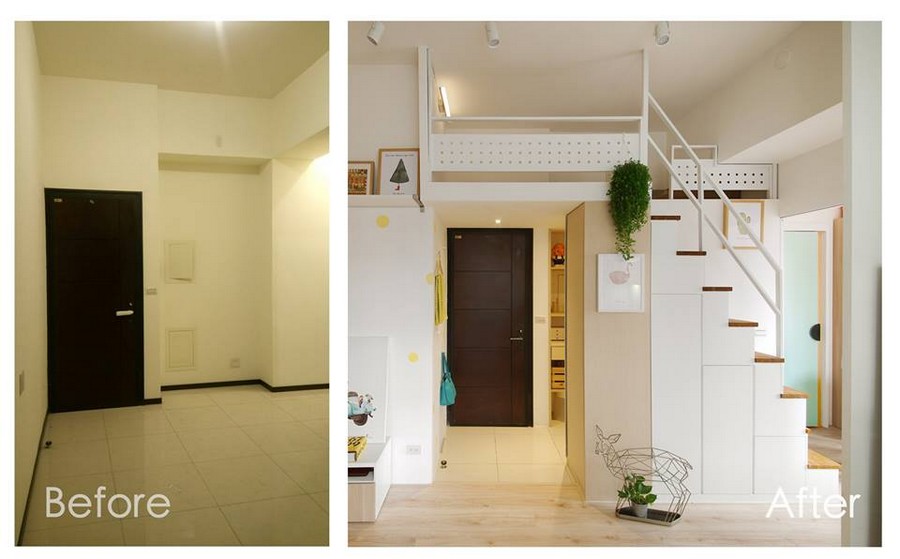 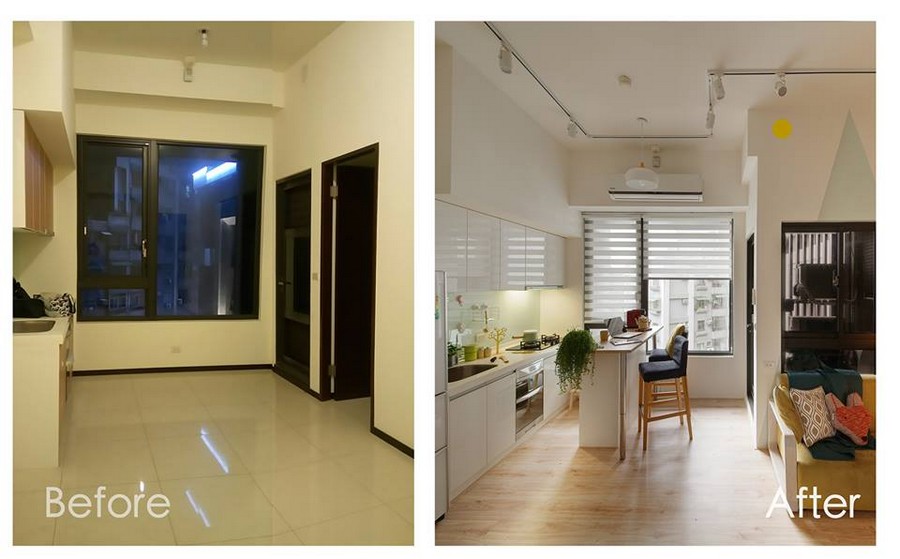 So, after the image of the lifestyle of the hosts was formed in the mind of the designer, she got down to re-arranging the apartment’s layout. An entrance hall, a kitchen with a dining area and a living room were made open-plan by knocking down a few partitions, which made this space appear far airier, lighter and visually bigger. The new plan was thought out so that the hosts could reach any space in their home by making up to 5 steps from the central point of the flat. 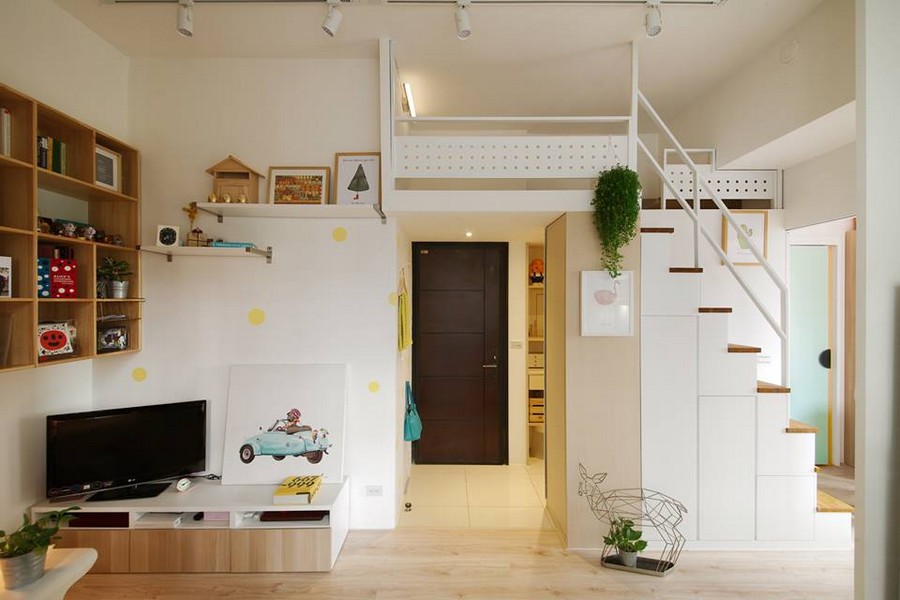 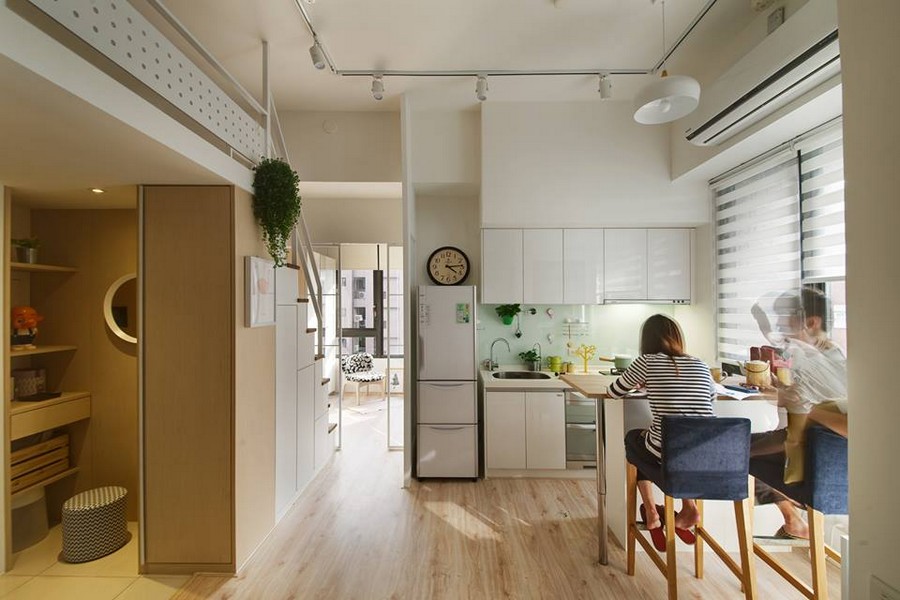 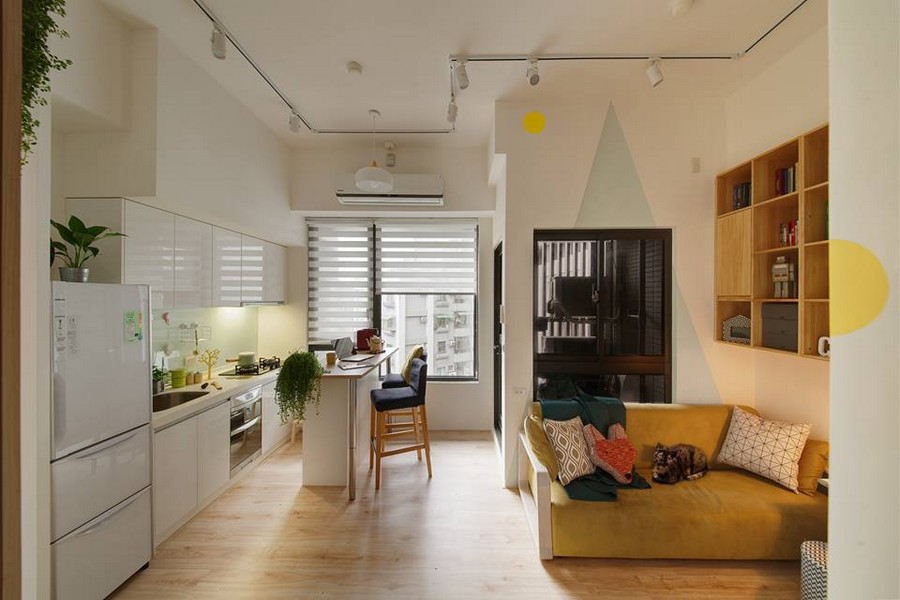 The room that used to be a second bedroom was turned into a cozy lounge space furnished with a compact comfy sofa, a small coffee table and a TV stand. And the wall recess was equipped with roomy wall-to-wall bookshelves that keep the home library, pieces of décor and versatile small stuff. 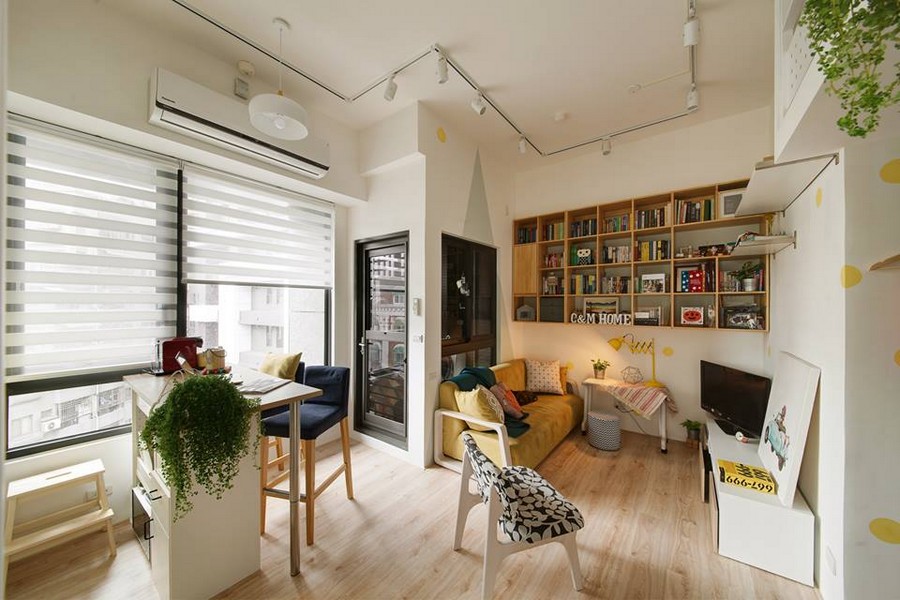 A more significant storage area is organized in the mudroom – under the newly-built staircase. 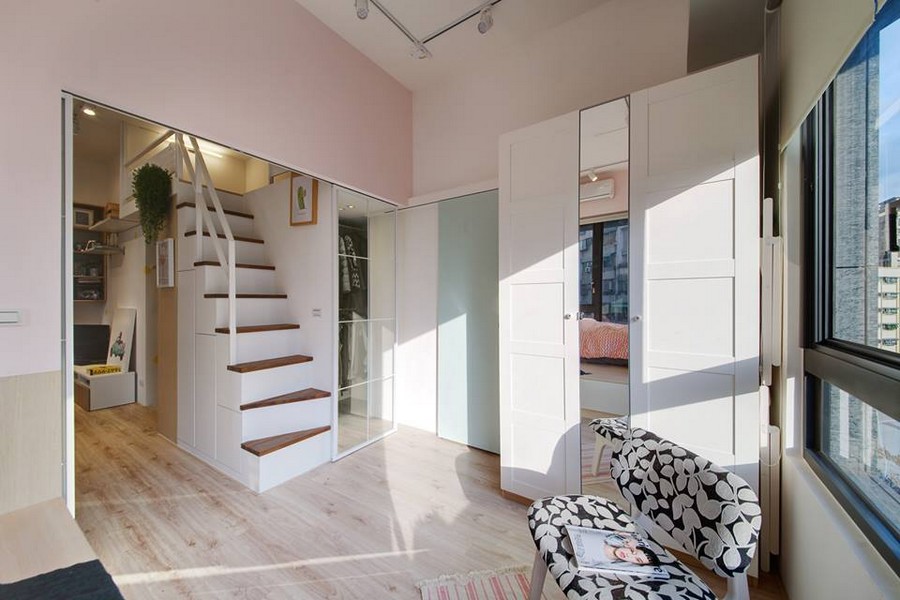 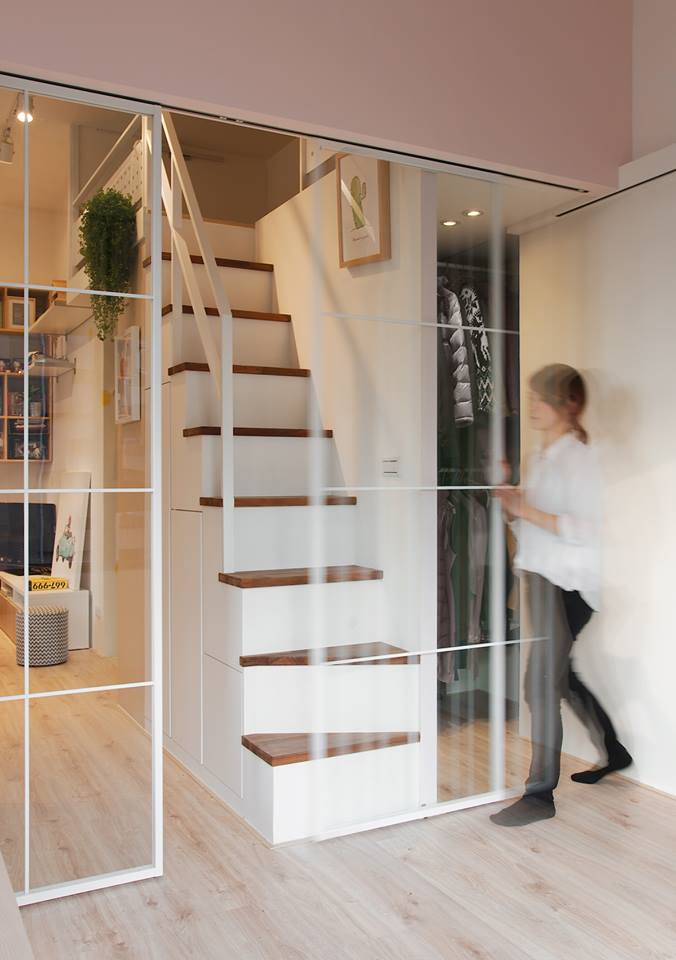 The stairs lead to a nice mezzanine room, which was constructed with many purposes in mind thanks to a significant ceiling height. Firstly, it may serve as a guest bedroom instead of the one that was taken away by new the lounge area. Secondly, it’s a great storage area so far. Thirdly, it may be easily converted into a kid’s playroom in the future. And finally, now it’s a beloved nook for the cat of the owners. 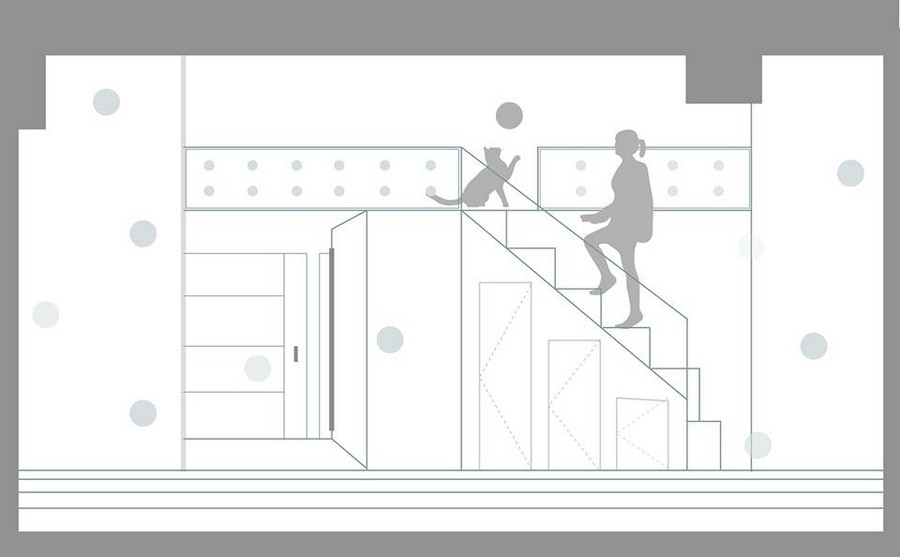 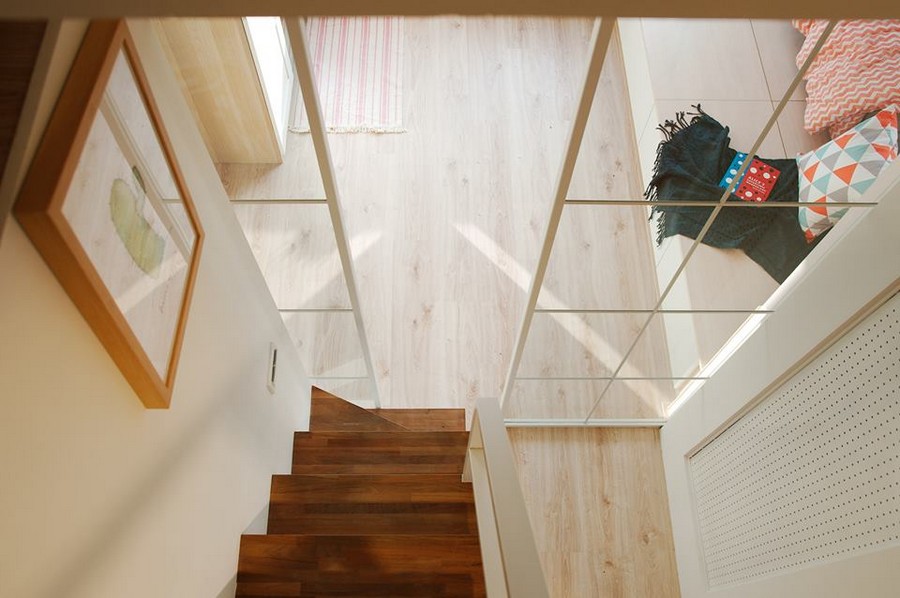 As for the hosts’ stuff, it’s also stored in a podium arranged below their bed in the master bedroom. Just like the rest of the rooms, it also has a white background, but here the role of the color injection was given to a mixture of blue and red. 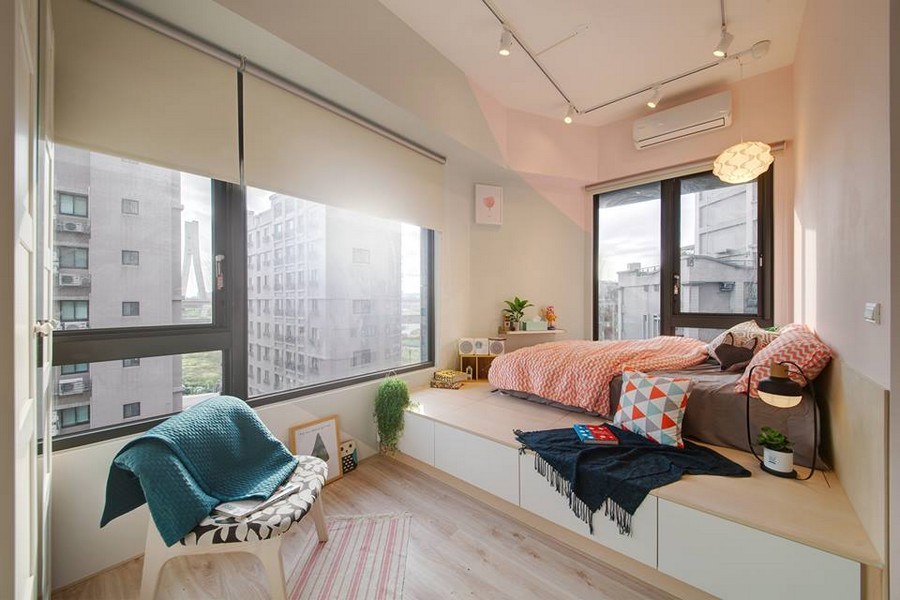 And the white-walled living space from the entrance to the lounge is refreshed with a few splashes of lemon yellow. Coupled with a light laminate on the floor, such a color solution makes this apartment far lighter and more positive, than it was before. And a true safe haven for its inhabitants – a couple and a cat! 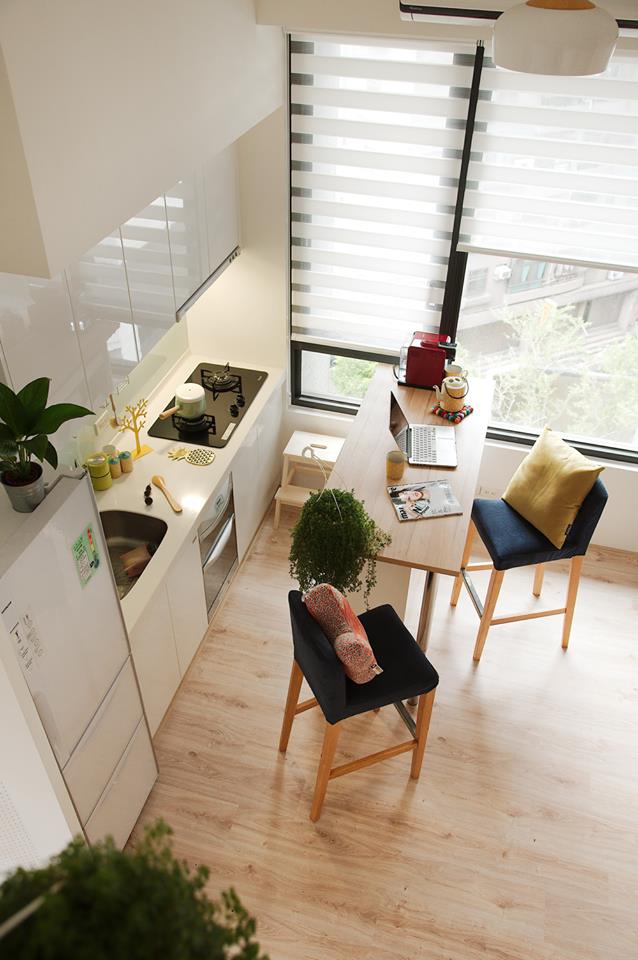